Channa Mereya: These Scenes Of Ninja Are The Perfect Proof Of His Acting Chops

Who says that you need dialogue to shine in a scene? Ninja has proved his acting mettle by giving outstanding action sequences in this Punjabi film.

The Desire To Get A Glimpse

Singer-actor Ninja proved his acting chops with the 2017 Punjabi film Channa Mereya. Since the romantic-drama is a remake of a popular Marathi film Sairat, you may already have the image of the protagonist in your mind. It is a challenge to create a different image in the minds of the viewers, a great achievement for an artist, and Ninja has proves his worth there. Here we are with moments where he gave fabulous contributions to the film.

The Punjabi movie starts with a cricket match where the batting team is losing, and the captain decides to call their star player, Jagat (Ninja). But Jagat is running behind a car and then he hides behind a tree. The car stops and Kainat (Payal Rajput) steps out from it. Jagat is just gazing at her beauty and bubbly nature. His expression is like a child’s who keeps looking at the beauty of the moon and wants to touch it.

His Madness To Meet Her

When Dumroo (Karamjit Anmol) shouts out to Jagat that Kainat and her friends are having fun at the well, Jagat leaves everything and runs like a mad horse with excitement and happiness. Without thinking a bit, he jumps into the well and Kainat is shocked to see him. On the other side, Jagat is mesmerised by Kainat and he keeps staring at her. Kainat asks him to leave and he agrees but the way he stares says a lot about his love for Kainat.

The best part about Jagat is his simplicity and shyness. Kainat loves his silence and she decides to take the first step and call him on a date. Jagat arrives at her farm with his friends. Dumroo makes an arrangement to ensure only Jagat and Kainat are there. Jagat is silent and Kainat asks him to confess his feelings for her. Jagat admits that he is afraid of expressing because he doesn’t want to lose her. Kainat feels his love and proposes to him. Jagat is surprisingly shocked but he too admits his feelings for her.

When Kainat’s father finds out about her and Jagat’s love affair, he warns Jagat to leave Kainat. With a few twists and the bravery of Kainat and Jagat, they run away from Punjab and arrive in Shimla. Now they are trying to earn a living there. Jagat calls his parents and they tell him that Kainat’s father and her brother have come to their place and have beaten them up. Jagat decides to come back, but his mother tells him to be strong and not to return. Jagat is forced to obey his mother.

When Jagat Tries To Hide His Wounds

Jagat manages to get a job at a tea stall. On the first day, he burns his hands, but later in the evening, he puts up a brave smile and cooks food for Kainat and him. He had successfully managed to hide his pain but then Kainat gets to know about his wound. She cries as Jagat is facing a lot of troubles because of her family. Jagat consoles her and tries to cheer her up.

The Few Moments Of Happiness

After much struggle, Jagat and Kainat build their paradise. They get married and are blessed with a boy too. Kainat tries to talk to her parents, and her brother Balli (Amrit Maan) and a few of his friends visit her. They act normal and give presents to Kainat. Jagat also appears and he is a little surprised to see his brother-in-law. However, Kainat tells Jagat that her family has forgiven them and sent presents for them. Jagat is happy and appreciates the gesture. Little do they know that this will be their last happy moment together.

So, these were the moments where Ninja shined as Jagat. Let us know your favourite moments in the comments section below.

Watch another love story with a lot of confusion, Band Vaaje, only on ZEE5! 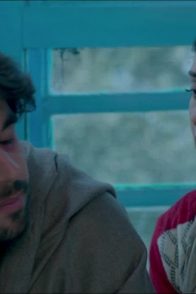 Channa Mereya: 5 Scenes That Prove That Payal Rajput Is A Powerful Performer 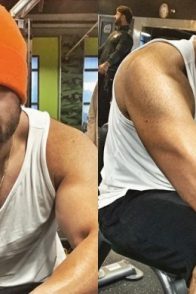 Monday Motivation: These Workout Videos Of Ninja Will Inspire You To Flex Your… 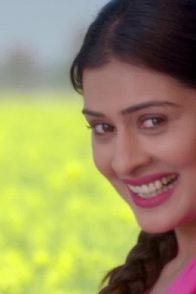 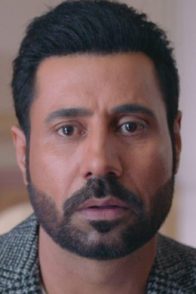 Binnu Dhillon Is The Selfie King Of Pollywood! Here’s Proof!

Get all the live updates on Coronavirus on ZEE5 News Section.