Who Says Khasma Nu Khani’s Simple Is All Evil? These Pics Tell A Different Story

Sukh Trehan is doing a great job as the vamp Simple from the Punjabi serial, but her off-screen life is totally different. Read on to find out!

The biggest challenge for an actor is to play a character which is poles apart from his/her personality. Similarly, the biggest reward for any actor is to be known by the character and not by the real personality. Simple Sharma (Sukh Trehan) from the Zee Punjabi serial Khasma Nu Khani loves to be hated. But here we are with pictures that will prove to you that Sukh is the complete opposite of Simple! Scroll down to find out:

Watch the latest episode of Khasma Nu Khani only on ZEE5!

Here, Sukh is killing her boredom by posing in a wacky style. The caption reads, “Be the love you never received.” Philosophical Sukh!

If Smiles Could Kill…

Simple always has an arrogant smirk on her face, but Sukh’s smile is simply killer. Sukh di smile AK-47 hai. That’s why she has posted this pic with the caption, “Smiling like a loaded gun.”

It’s hard to believe that the one who has torn the lives of Desho and Arman into pieces is posing so peacefully and wishing her fans the same: “Hope your evening is filled with peace”.

Do you want to know the secret of Sukhpreet’s glow? Here’s what she shared with this picture: “You glow different when you are happy.” Samjhe? Glow karna hai ta khush raho!

Sukhpreet looks stunning in Westernwear, but she looks ravishing in traditional clothing too. Here, Sukh has donned a satin salwar suit with a pink dupatta. The silvery sheen on her dress has her looking like a goddess!

Sukh believes in protecting the environment, as evidenced in this caption: “Green Mind, Green Life.” She has embodied this part of herself by wearing a green ensemble and posing with her plants!

Are you convinced about the real personality of Simple Sharma? Kudos to you, Sukh, for portraying the role of Simple so seamlessly.

Watch Aman and Zarina’s love and friendship in Tu Patang Main Dor only on ZEE5! 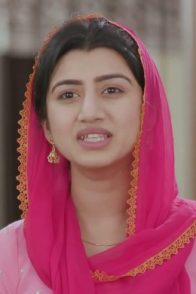 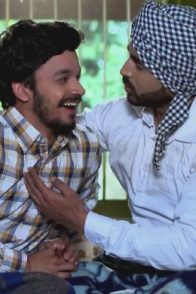 Watch Emily Bhabhi And Her Wacky English Class In Vilayti Bhabhi Only On ZEE5!

Did You Know Kala Shah Kala's Sargun Mehta Goes Weak In The Knees For Her Furry Friends?